We woke up on an almost empty beach in south Lombok. The mountains on the north of the island near Mount Rinjani visible through the morning mist. Pancakes, omelettes and coffee were lined up at the restaurant and we were soon packing our bikes. This time we were all dry so we couldn’t wait to head up through the mountains. Craig and Allan had been driving here before and called it Monkey Mountain.

The mountain road took us up to the northern shores and from there via some dirt tracks up near the Mount Rinjani volcano, back down to the coast near the ferry port of Labuhan Lombok where we would get the ferry across to Sumbawa the following morning.

After hitting the edge of Mataram we were soon on a small mountain road with lots of traffic going both ways. It was a bit hectic ascending the mountain after the small beach roads. But we soon got high enough to have some spectacular views of the ocean and the Gili Islands. At the top of the mountain we stopped to take a proper look. Unfortunately we were soon intimidated by a monkey and so we left. 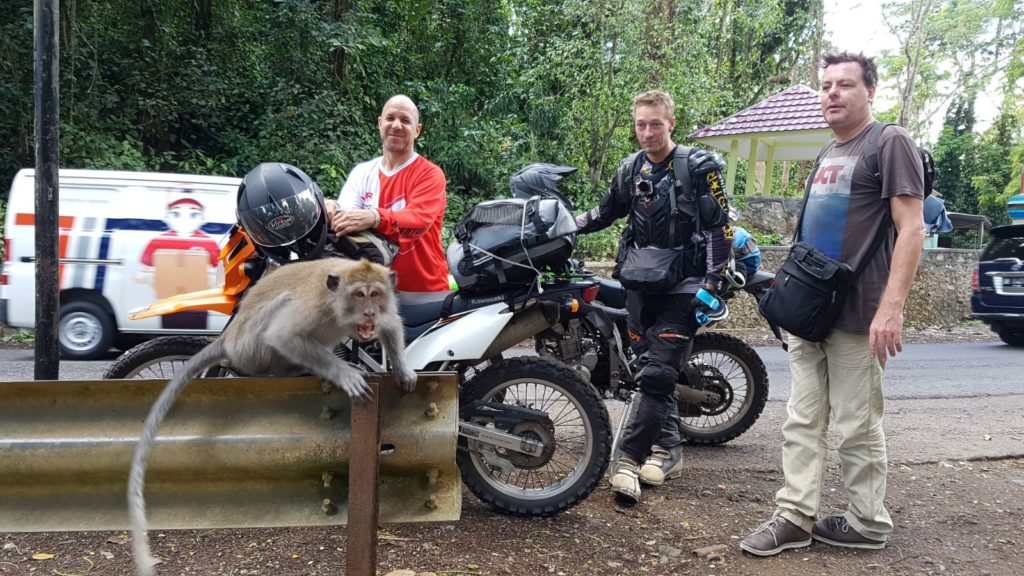 After a superb lunch stop arranged by Craig we headed off-road and up a mountain. The roads had changed a bit since last time we were here but still great fun on the bikes.

On our descent we stopped at a waterfall. We got a local guy to show us up to the most remote pool and he picked some fresh cocoa pods for us. It was great to get off the bikes and cool off in the water. The views were also worth the short hike. 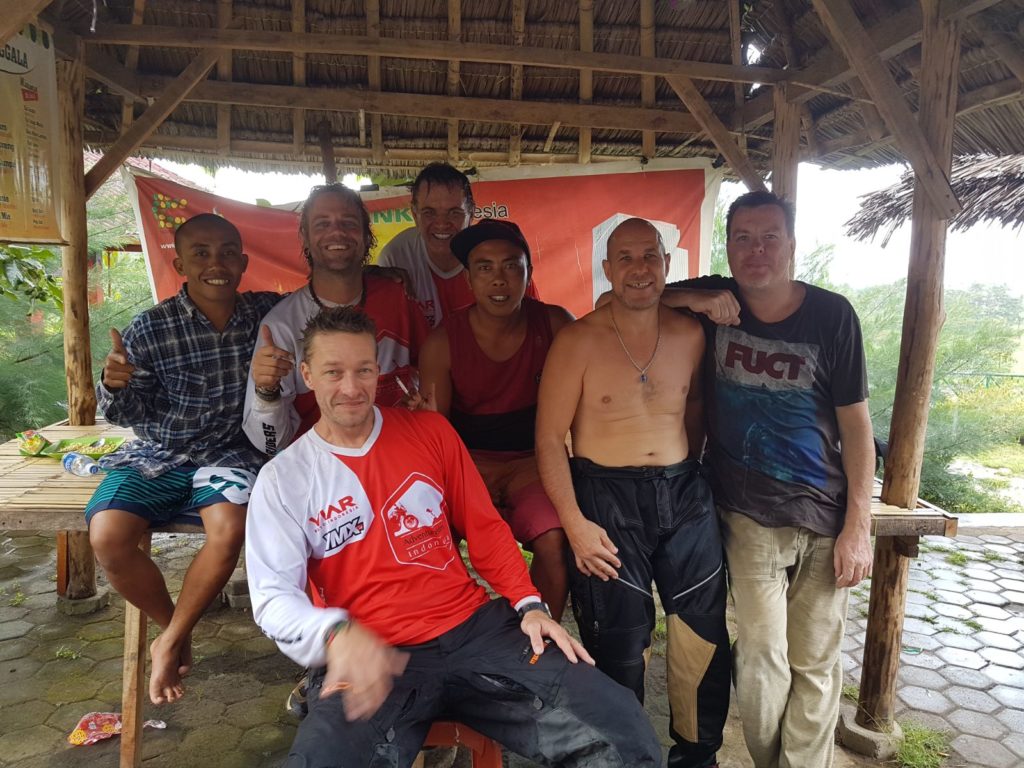 We soon found ourselves back on our dirt bikes as we were climbing up towards Mount Rinjani. It was visible from a distance but it’s difficult to appreciate how big it is when you are driving so close to the base of it. We would later see it from across the Alas Strait in Sumbawa. 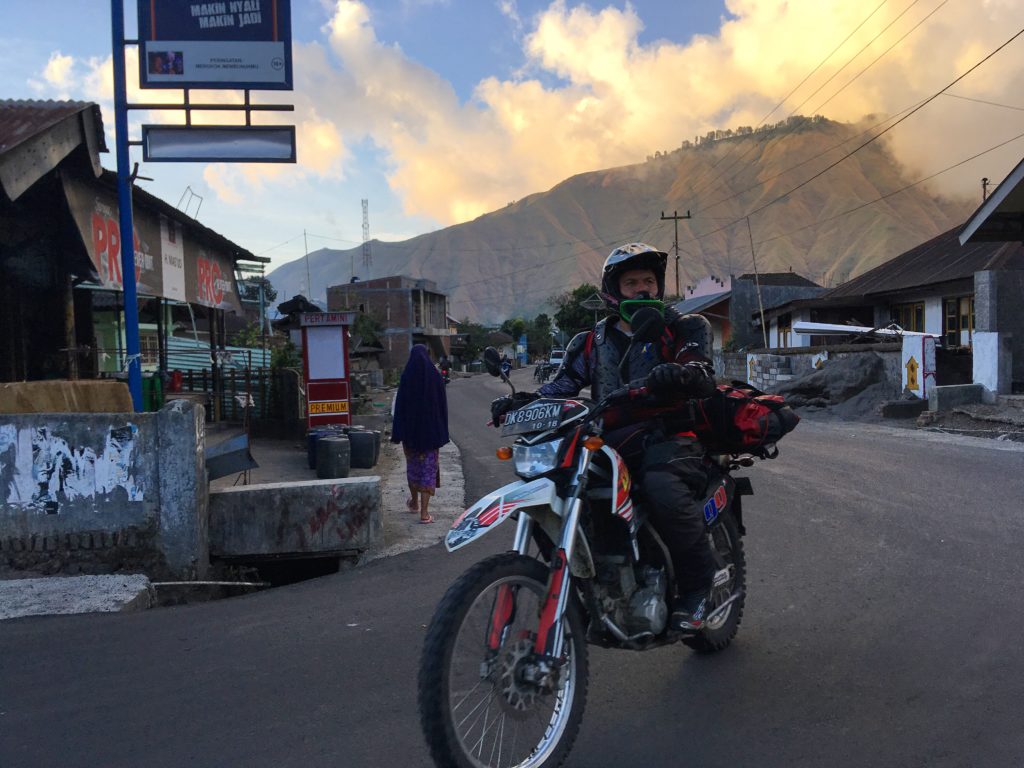 On the way up the mountain Ollie’s bike suddenly just died and after a quick tinker around with the spark plug we rolled back down the mountain. We had passed a little bike shop where they soon had it back up and running. Dodgy wiring!

It was now a race to get over the mountain and down to the coast before it got dark, especially because Kevin’s bike had just blown the bulb in his front light, so he couldn’t see much as the sun set. In the end Kevin rode on the inside of Allan who had a bike with light.

We hadn’t booked anything for the night. We weren’t sure how far we would get. So we stopped for some food and a drink, while we looked at possibilities. After a short break we got back on the bikes and headed to a small but tranquil resort just north of the ferry port. The rooms were spacious and located in a quiet garden. We had another snack and a drink before it was off to bed after another eventful day.

The next morning we would be heading into the unknown of Sumbawa. None of us had ever been riding there, so it was very exciting. More adventure for sure!

For news on special trips visit our facebook page