After a good nights sleep, a morning coffee and a banana, the lads were ready to get the ferry. We are crossing the Alas Strait from Lombok in search of some Sumbawa dirt bike riding adventures. It is the biggest unknown on this trip. None of us had really spent any time on the island. We had got very mixed 2nd hand reports about the place. From really amazing driving to “just skip the place”.

In terms of ferry crossings in Indonesia this was a short one. Pretty straight forward as well, even though the weather seemed to be turning Africa hot. As the ferry arrived in Sumbawa the scenery was very different to that of Bali and Lombok. It was very dry and desolate, but there were also lots of small single dirt tracks leading from the main road into the surrounding hills. This could be a good one for enduro bikes. 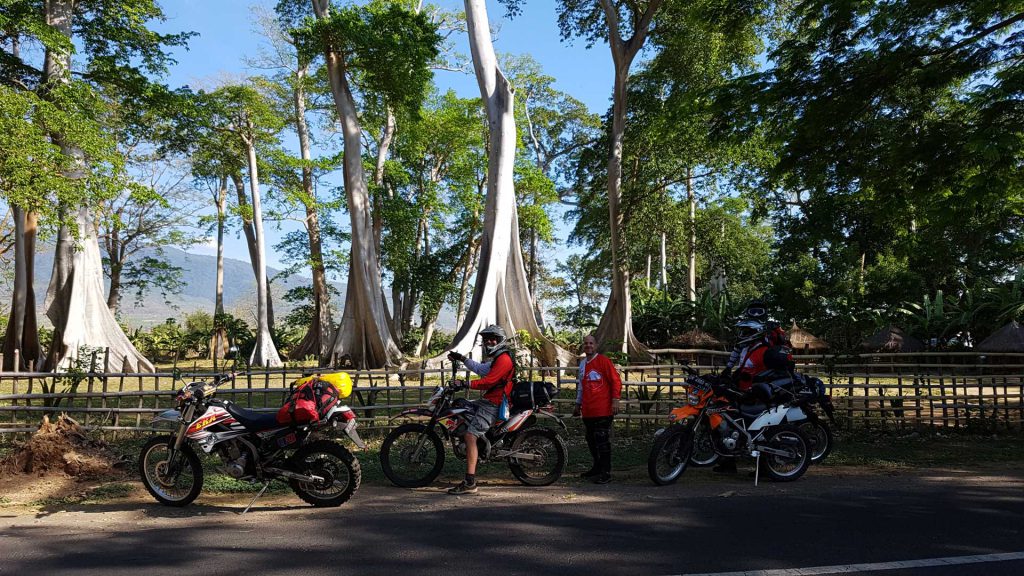 We managed to find a resort within a few hours drive from the port. We would be using the Whales & Waves resort as our base for a few days until Kevin and Craig would have to head back towards Bali.

The resort is in a remote area with small villages and loads of undeveloped beaches. Lots of surf spots. However, We’d be looking for some different kind of action. We found some good roads on the first day. Lots more exploration to be done in the morning. 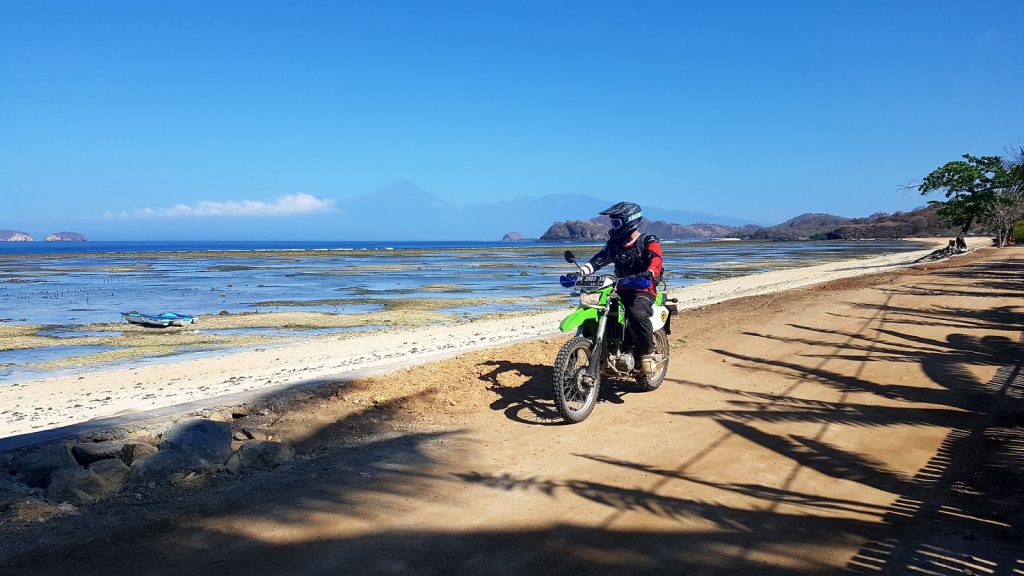 In order to explore as much as possible the team split up. Adam took the guys on KLX 150’s up in the hills in search of a cave. There was no cave. Instead there was some good muddy tracks to explore. The bikes would certainly live up to the name dirt bikes!

Allan and Kevin went on the klx250’s. First down the coast towards a waterfall. After that up in the hills in a dry riverbed. Further up the hill there were some crossings that hadn’t completely dried out. Great riding through on the dual sport bikes. They also found that if google maps shows that a single track ends, sometimes it does end. Even if you’re on a dirt bike. 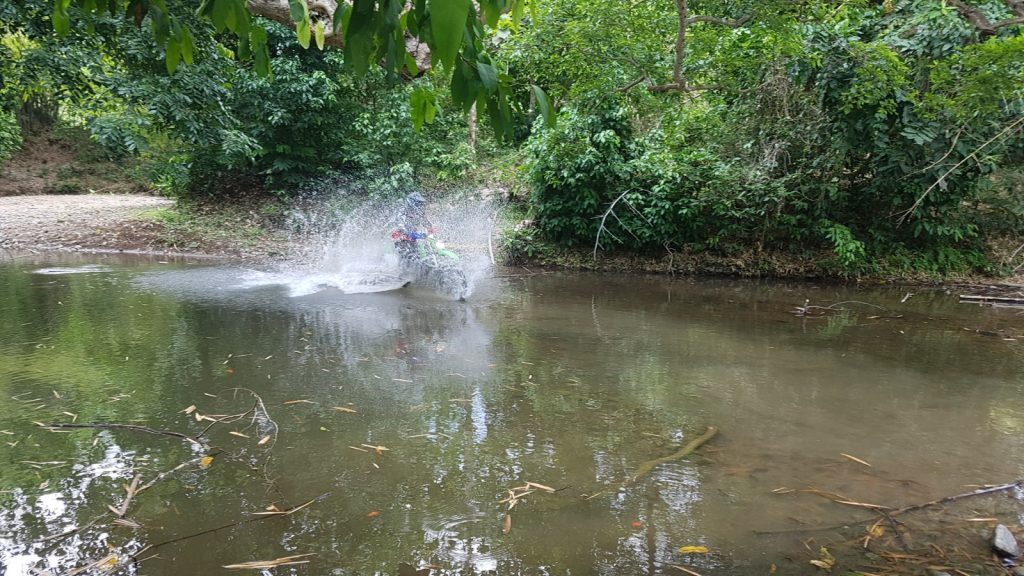 It had been an eventful day for both groups. The bikes and riders had been pushed for the first time in an off road sense. This was the last day as a big group as Kevin and Craig would start their journey back to Bali the next morning. The rest of us would keep exploring. Enjoying some great Sumbawa dirt bike riding on the amazing roads leading to Mount Tambora.