The idea for an Asian Dirt Bike Tour and Adventure Riders Indonesia has it’s beginnings in Africa. Since riding from Nairobi to Mozambique Allan had been looking for another big dirt bike adventure. A trip through Germany, Austria, Italy and Switzerland on a 1984 Suzuki Katana 650 had been a short lived fix for an urge to ride longer trips and in more remote areas.

In 2016 Allan took 4 months off work and went looking for somewhere to ride. He started off in Thailand, but soon arrived in Ubud – Indonesia to catch up with Adam. They had met years earlier while living in Thailand. There was lots to catch up on. In Naughty Nuri’s warung, after a handful of kick ass margaritas, they discussed Allan’s plans for some organised motorcycle tours. The idea for Adventure Riders Indonesia was born. 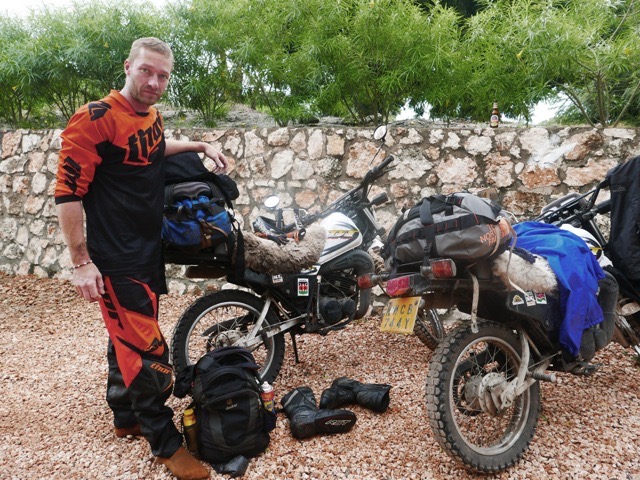 After trying out some of the locally run dirt bike trips in Bali, Allan started planning for an Indonesian expedition. The Sunda Arc Exploration 2017. The trip would start off in Bali and cross Lombok with the mighty volcano Rinjani. Then heading across the Alas strait to Sumbawa. This island also has an impressive but dormant volcano – the biggest eruption in recorded history – Mount Tambora. After Sumbawa a long ferry ride through the Komodo national park to Labuan Bajo in the Island of Flores. 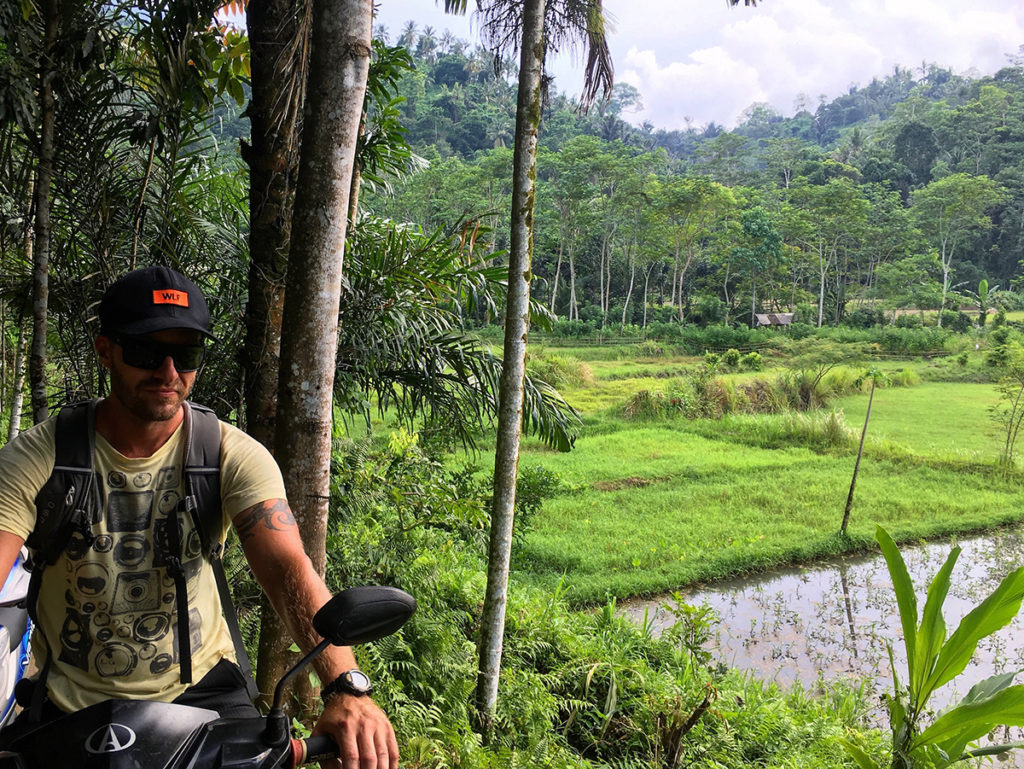 Flores was the last island on the itinerary but maybe the most exciting. With far less tourists than Bali and Lombok it has it’s own interesting history and ancient inhabitants. It is home to the Komodo dragons, though most of the reptiles are located on smaller islands around Flores they still swim a shore from time to time. A 2004 discovery of fossils from a new hominid species in Flores was named Homo floresiensis. Nicknamed the Flores Hobbit – or Ebu Gogo by locals – these early inhabitants lived as late as 60.000 years ago.

Using paper maps, google maps and google earth Allan researched the islands. Some of these islands are still not very well covered by satellite imaging, so sometimes it looked like a pretty promising road might just end. Some of the gps models available for motorcycles have downloadable maps from this region, but Indonesia had been left out of most online maps. 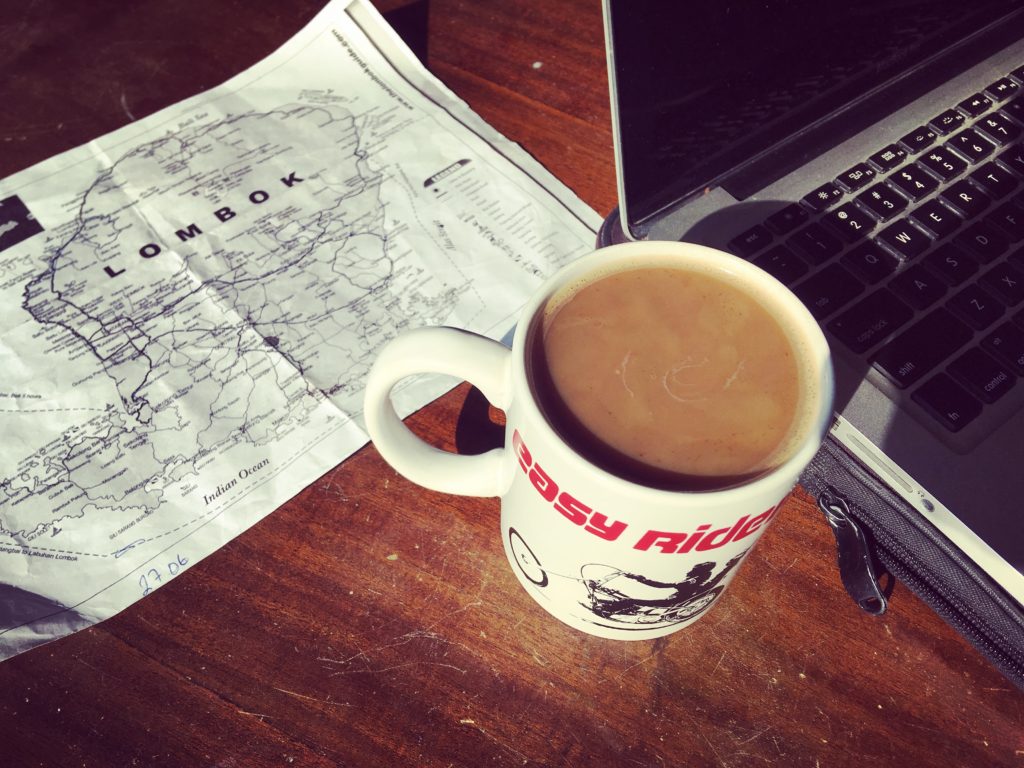 We didn’t have a gps, but relied on google maps on our phones. It had worked well in Africa and hopefully by loading a route into the phone we’d be able to follow it, even if we were without signal. One of the problems with remote planning is finding accommodation along the route. How far could we ride in a day? Would we have to sleep outside? Would there be a meal and a cold beer at the end of the day?

Before leaving South East Asia I had been riding a bit on both Lombok and in Bali to see what kind of trails I was finding on my phone app. Some of the trails I did on a Kawasaki KLX150 and some on an automatic scooter, but it gave me a good indication of which areas to concentrate on when planning the route. Slowly our Asian Dirt Bike Tour was coming together.

By the start of 2017 we were getting a fair amount of interest in the trip from friends and colleagues. So we started looking at dates towards the end of the year in order to give us time to get some bikes sourced out. Adam and I would be buying two new Kawasaki KLX 250 from a dealership in Kuta. The rest of the adventure riders would be flying in to Bali for this trip and would not be buying bikes but rather looking at renting. One of the dirt bike companies Allan used in Bali would be able to provide a few KLX 150 and one KLX250. 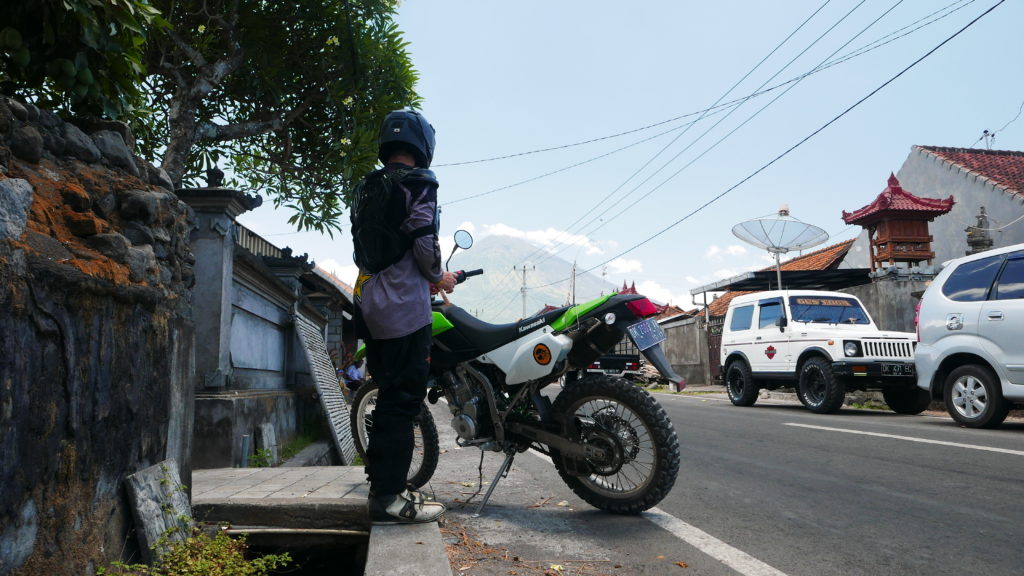 The skill levels and off road dual sport riding experience in this group of 6 riders varied quite a bit It would therefore be interesting to see how the bikes and the riders would manage these roads, trails and tracks that none of us had ever ridden. But all riders had experience in riding various sized bikes and scooters in Thailand, so how hard could it be?

With an Asian dirt bike tour, or any dirt bike tour for that matter, a fairly decent toolkit slash spare part kit was going to be essential. We would be driving bikes that we might not be able to get part for. I had lots of tools lying around and my OGIO MX 450 tool pack, so I started collecting. Duct tape. Heat shrink. Fuses. Light bulbs. Nuts. Bolts. Spanners, and other hand tools were collected and adapted to be as light as possible. With the stock tools that come with a new Kawasaki KLX we should be well covered.

Now for packing all the equipment and ride gear. It was all coming along nicely and the it was time to head back to South East Asia. 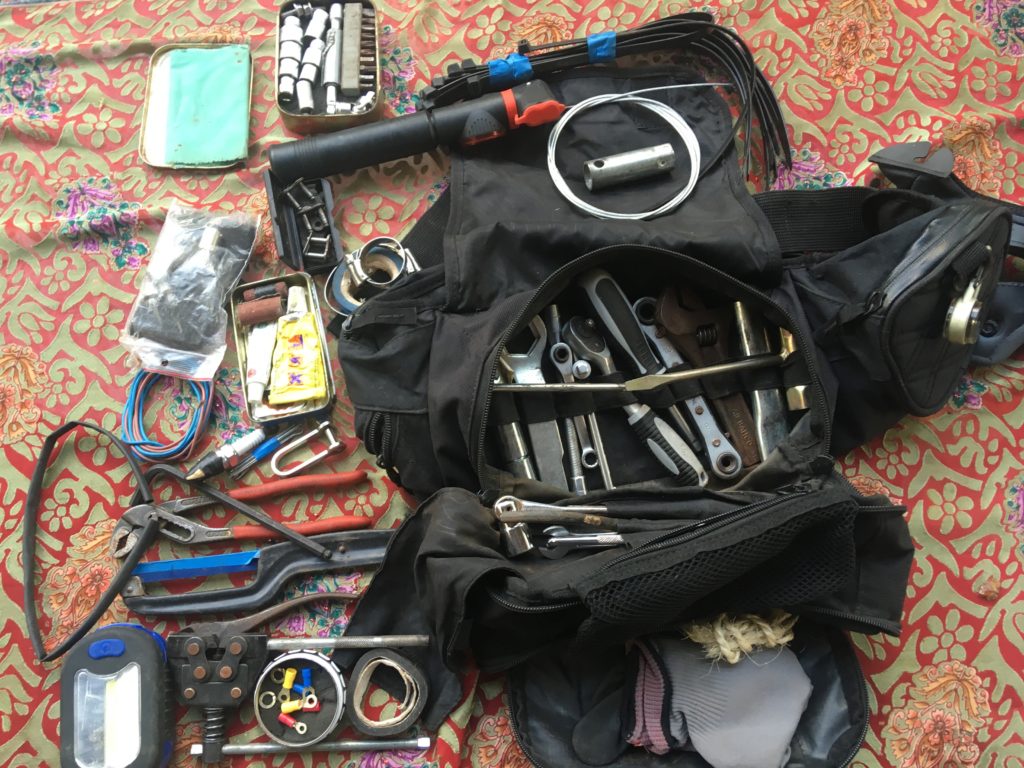 Our Asian Dirt Bike Tour had been just over a year in the planning, now we had a month left. The bike’s had arrived as promised by the Bali dealership, but they were messing us around with paperwork and registration. Adam had changed the green plastic covers to black which didn’t help, so he had to get a letter sent out from Jakarta approving his Black Panther theme.

There was enough time for the new bikes to get a few hundred kilometres on them and a service at Kawasaki before the trip. I had tried to get our routes imported into google maps, but the kept suggesting alternative routes. The only option in Bali was to rider the route a few times and try to memorise it. Yeah, that was the last minute option. With all the rain we were getting in Ubud it didn’t bode well for the first days riding. 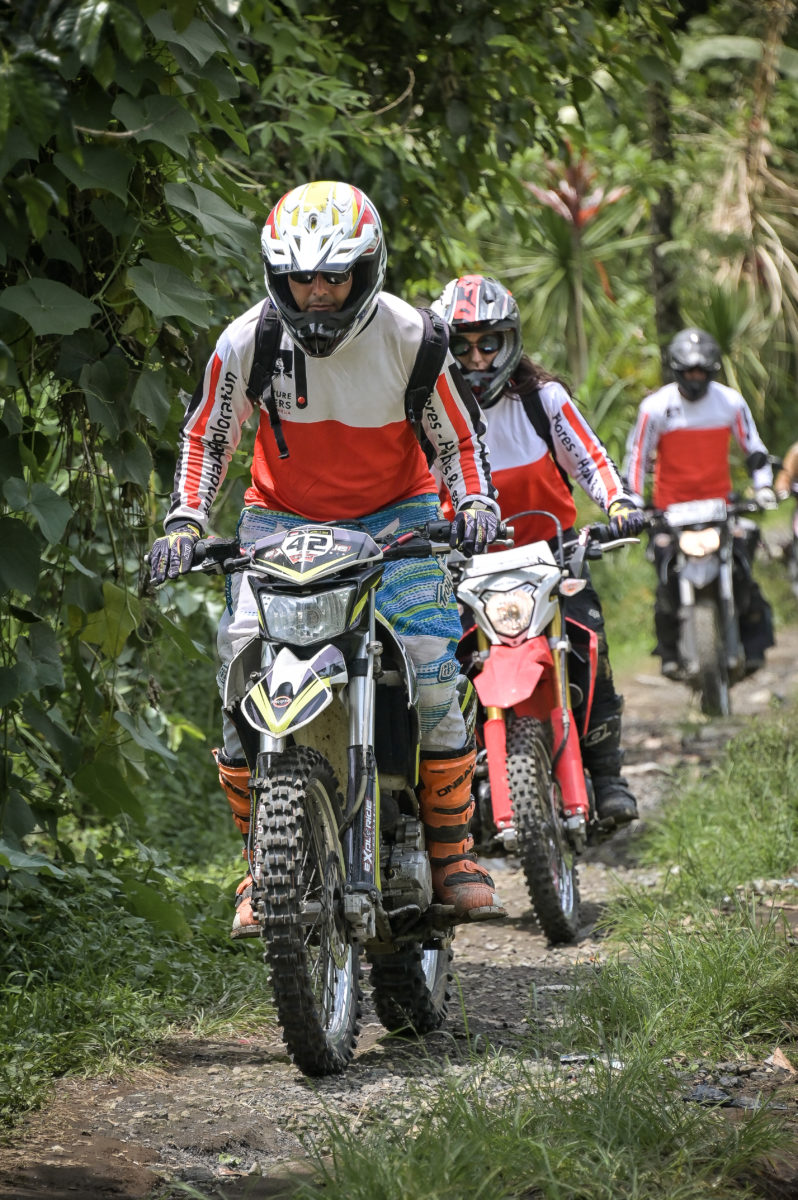 The guys started arriving in Bali. We would now get the rental bikes delivered and sort out any last minute adjustments before starting the Sunda Arc Exploration 2017 trip. You can read about our Asian Dirt Bike Trip here