At the Sape ferry terminal, the gate way to the Flores and the Komodo National Park, the Adv rider group split up again. Adam took the guys on the kawasaki klx150 bikes back across Sumbawa towards Bali. Stopping at a couple of beach resorts along the way. Allan on his Kawasaki klx250 had a short wait at the terminal before boarding the ferry. It would cross the Komodo National Park on its way to Labuan Bajo in Flores. 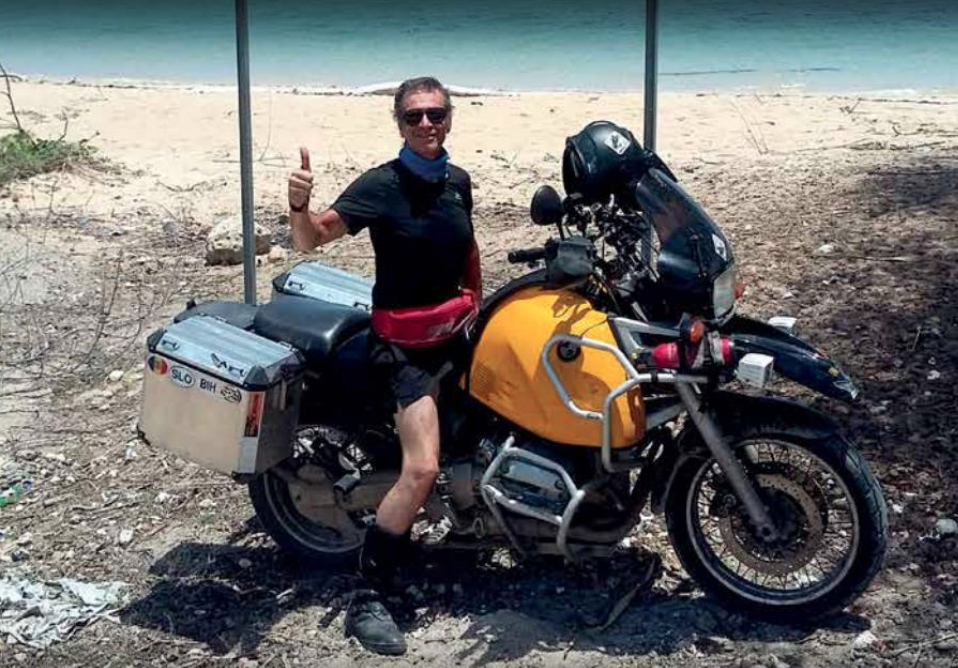 Allan had done a few dives here the year before. This time however he would just sail past the islands. And watching the stunning landscape meant a place in the sun deck. Allan met up with Antonio from Portugal. He was half way around the world on his BMW R850GS.

The Adventure riders had lots to discuss and were joined by an Icelandic backpacker and a local reggae band playing tunes while sailing through the Komodo islands. 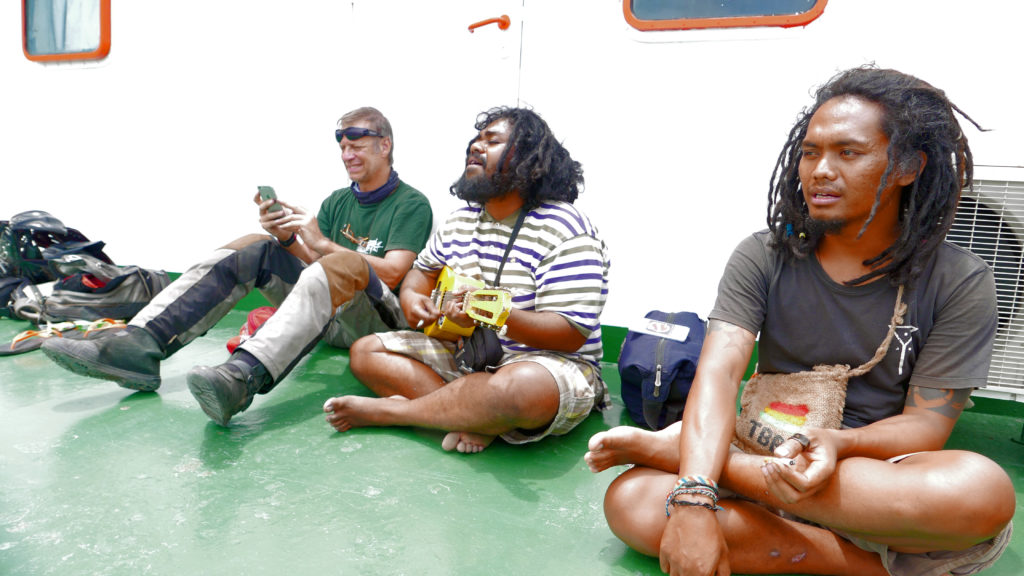 Lilja from Iceland were going to Flores & Komodo for scuba diving. It turns out Allan had been diving the hot chimneys at Eyjafjordur Bay in Iceland with her uncle from Strytan Dive Center. What a small world. Antonio would be heading to Ende the following morning. He would get a ferry across to East Timor, while Allan would spend a day in Labuan Bajo servicing his bike and Lilja would be going on a dive trip to Komodo. 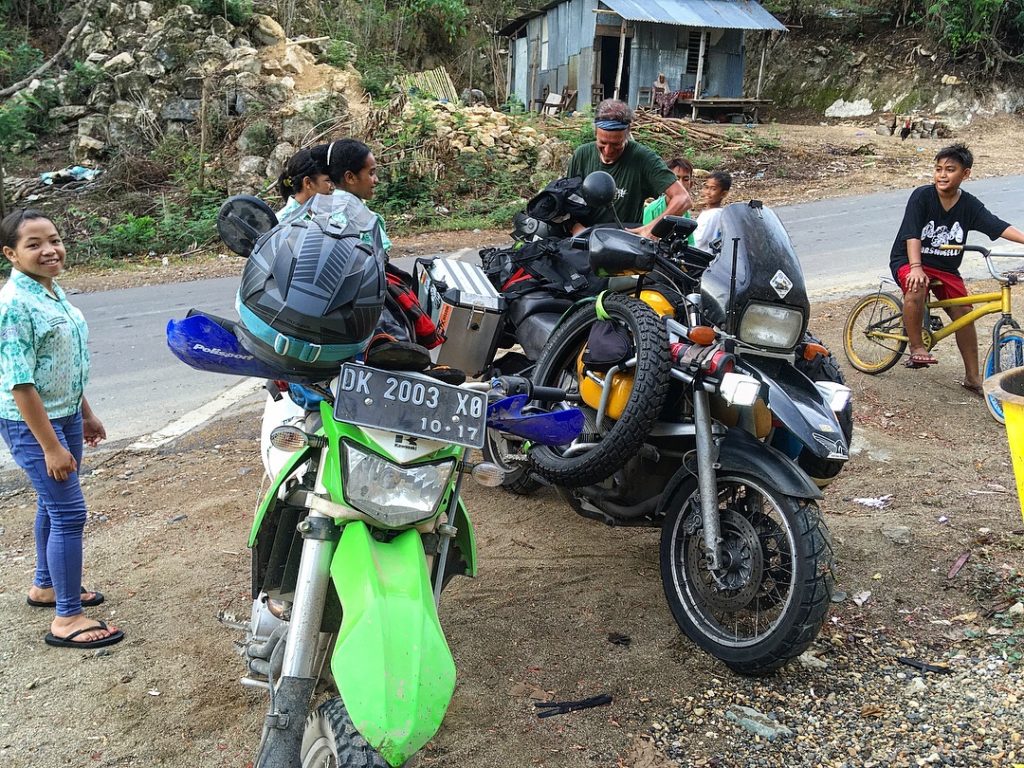 Allan and Antonio found some accommodation on a hill overlooking Labuan Bajo bay and the islands within the Komodo National Park.

They then went to a local dive shop to meet up with Lilja for dinner. Everyone had been exposed to the sun, but Allan had fallen a sleep and even his factor 30 sunblock hadn’t been enough. A cold beer and a cold shower helped. Then some sleep before a busy day with service and route planning.