We had an amazing time on our recent 5 day dirt bike tour of West Java. The riding was very diverse, and so was the landscape. Like most places in Indonesia, Java has lots of instant coffee at every warung and snack shop. But instead we were treated to some great local Java coffee everywhere we went. So, we had a lot of coffee stops. 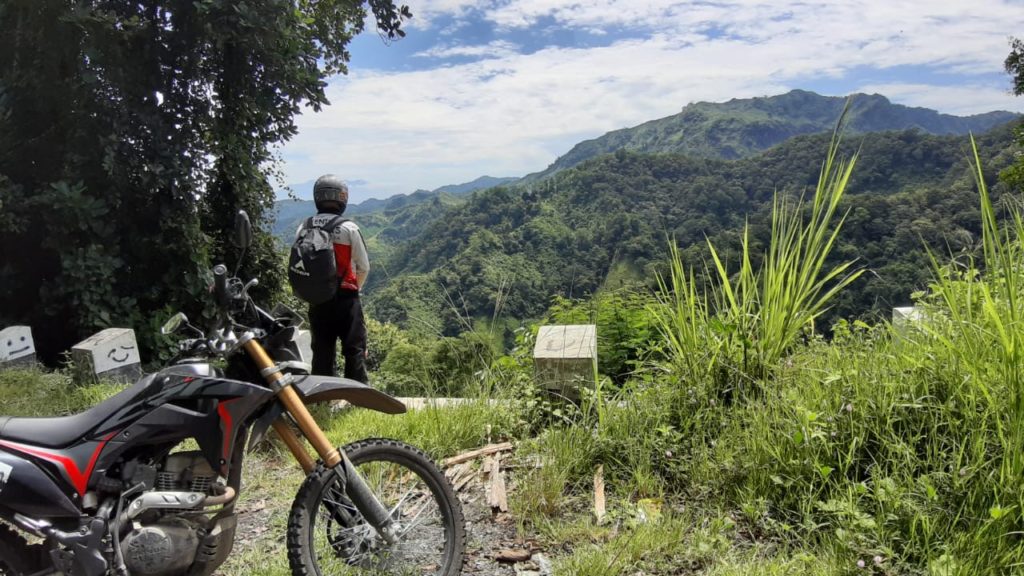 Outside Tangerang as you enter the Banten country side we encountered several Java Bike clubs exploring the hills and forests. We had started in the Banten mountains, been to the south coast and then into the West Java rice fields. On the 3rd day we reached a large forest area south of Cipatat. The jungle tracks were full of thick mud due to recent heavy rainfall. 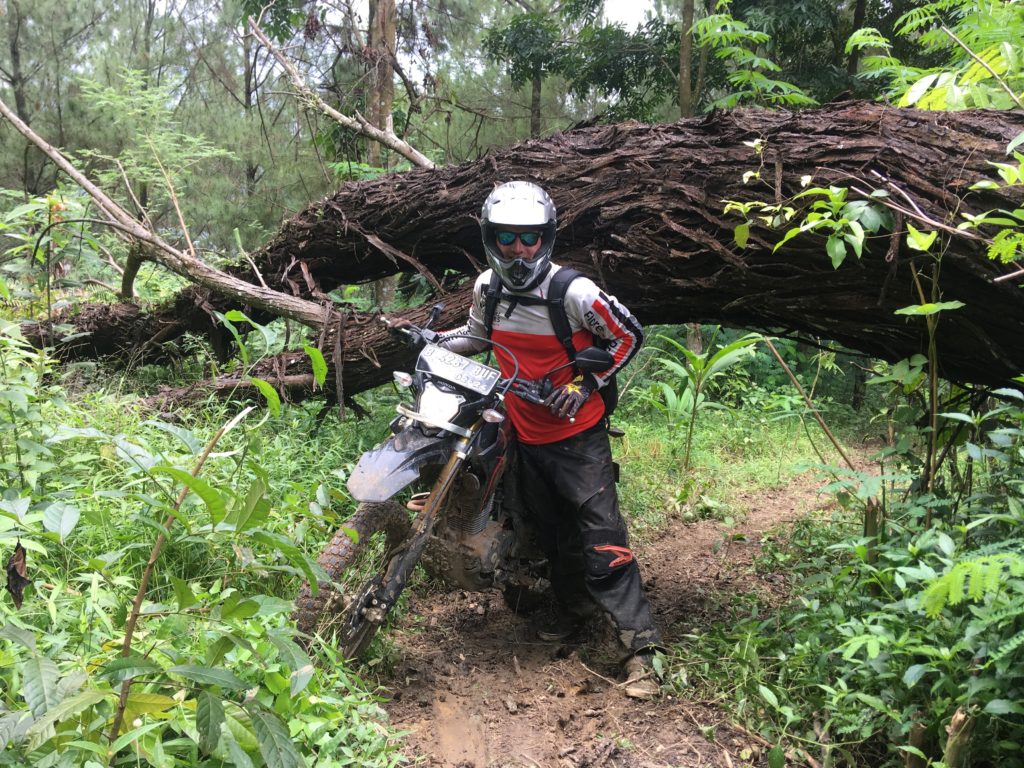 Soon after we left the paved road the track got narrower and steeper. At one point the single track we were following disappeared. We roamed around a fruit plantation for a while before getting sight of it again. The hills were hard to climb. They had deep tire tracks zig zagging across the trails. There were slick rocks and hairpin turns, drop offs into water logged rice paddies and this was just the first 10 kilometres. But it wouldn’t be a Java Jungle Attack without some challenges! 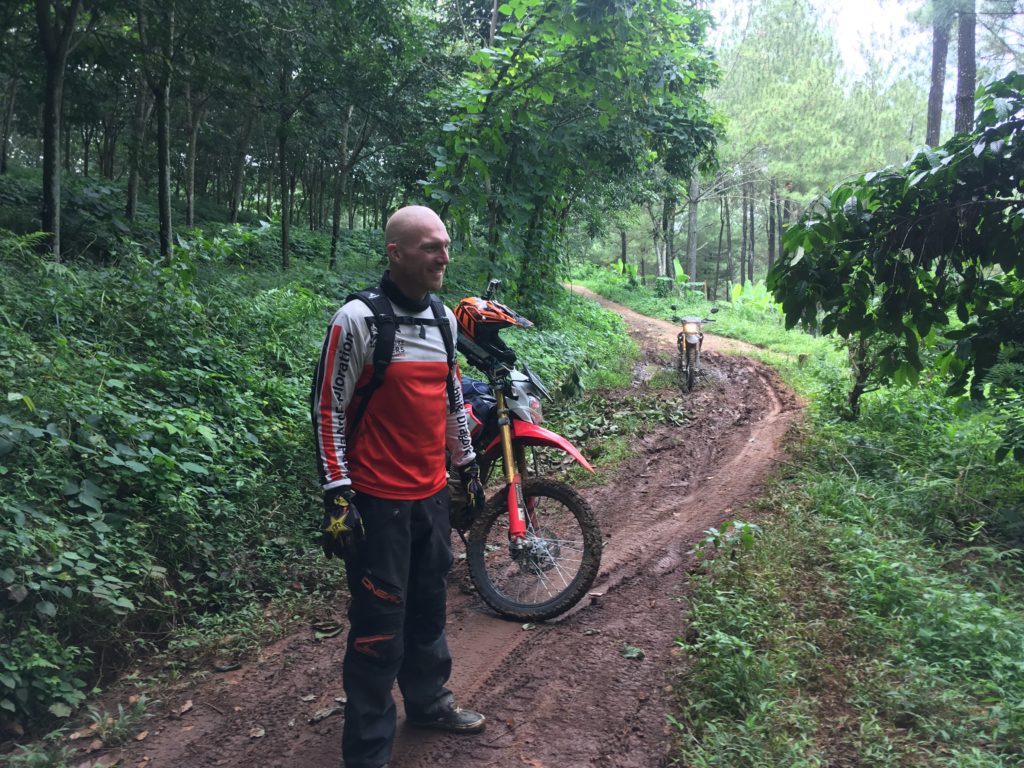 Because of the mid day heat in the Javanese rainforest we had to take it slow and have plenty of water stops. But we were doing okay until Allan decided to take a different line on a narrow track. As a result, he ended up with the bike falling into a mud pit. Half the bike just disappeared. Into thick, grey sticky mud. 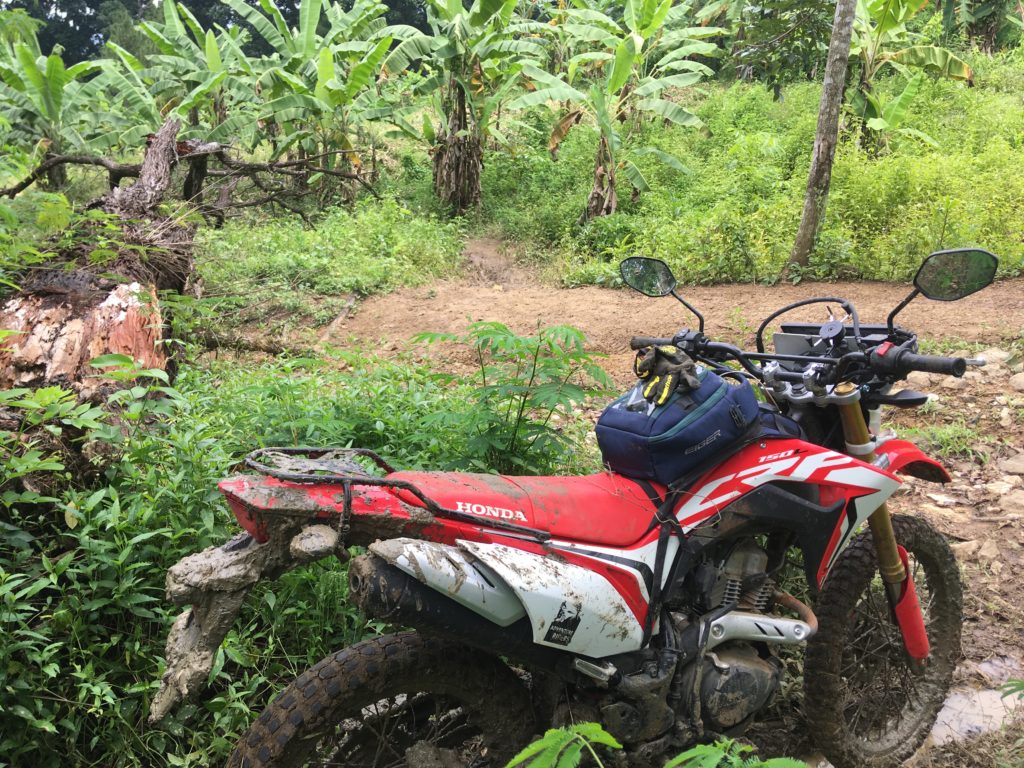 Stuck in the Mud

Three people couldn’t lift or drag it out. We couldn’t even tip the bike on its side, so we had to start digging. Using fresh bamboo sticks sharpened in one end, we started digging the bike out. It was hot, like Java rainforest hot, and the mud was heavy and sticky. After some time, we had managed to dig a hole on each side of the bike. Uncovering the base of the engine and most of the wheels we were now able to tip the bike on one side, and there after drag it out. 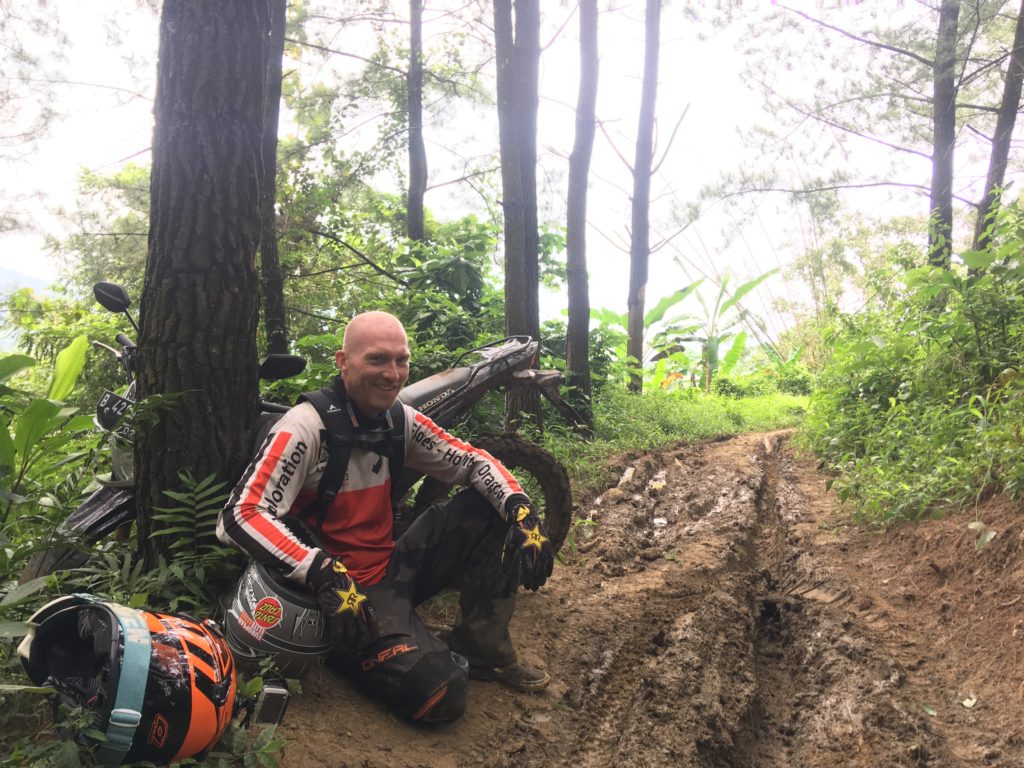 After washing most of the muddy clay off ourselves in a little mountain spring, we started up the engines again. It had been a struggle and so we stopped at a little banana plantation and had some fresh coconut water and some palm sugar. It would give us energy so we could keep going the last few kilometres. After that we reached a little two tracked mountain road leading us down towards the highway to Bandung.

There we would spend the night and give the bikes a good wash. In true “jungle attack” style we had been in thick tall grass, mud, some fruit plantations, a couple of dead ends and had to drag the bikes under fallen trees and out of mud pits. What an amazing dirt bike trail. 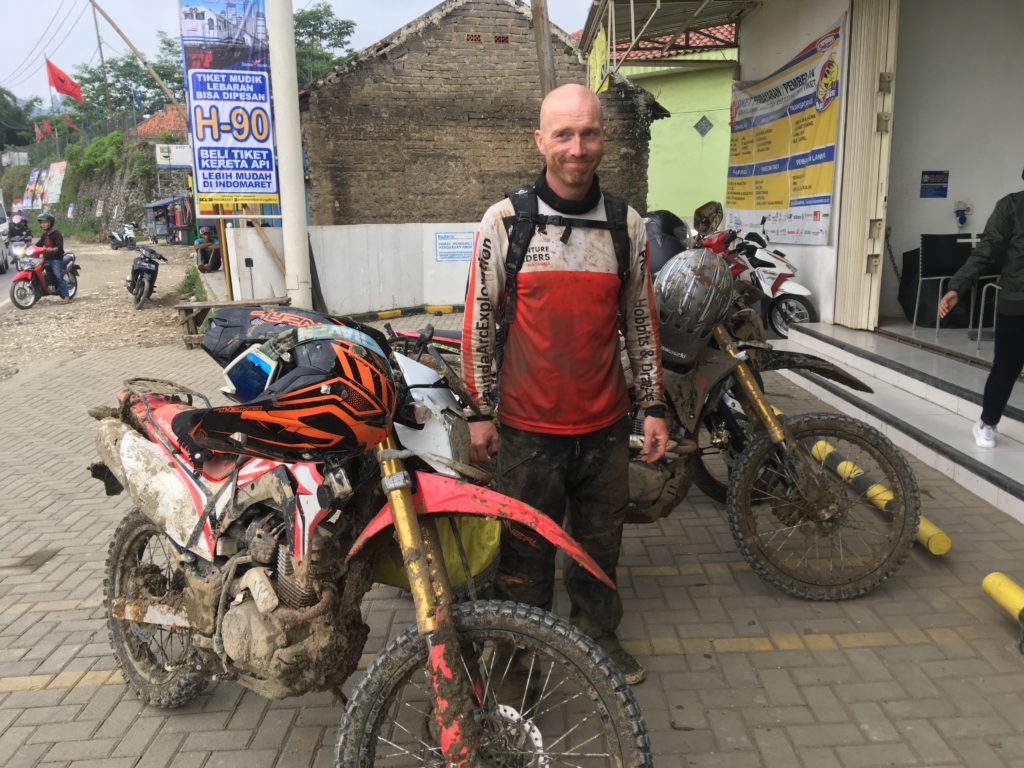